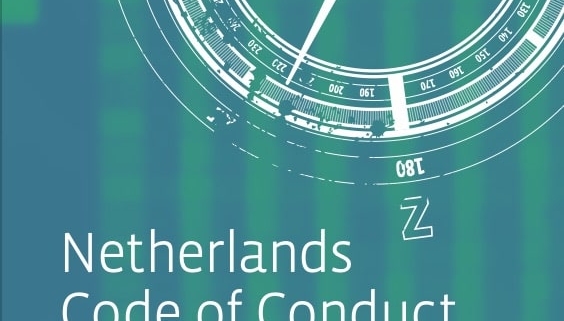 The new Code for Research Integrity does not have the power it could have had, I argue. A code that only refers to research and not to acting with integrity in the broadest sense ipso facto cannot guarantee research integrity.

(A Dutch version of this article as been published on ScienceGuide.nl)

Questions with which researchers reach out to me, as career coach, regularly have origins that go way back and actually have little to do with their current situation and the direct reason why they contact a career coach. They are reconsidering their careers and are wondering whether they should continue in academia, or at the institute where they are currently based. Before long, though, it becomes clear that something else lies underneath these questions.

This is particularly prevalent among early career academics. Consider for example Alice (pseudonym), a brilliant PhD candidate approaching her defense, who thinks about leaving academia because she wants nothing more to do with her “bigshot” supervisor who made a couple of impertinent remarks about her attractive appearance in the first year of her PhD period. Or Brad (pseudonym), a Postdoc who notices that corners are being cut in the lab with respect to transparent research data management under pressure of the PI. He struggles with the dilemma between signaling these questionable research practices and safeguarding his own career prospects.

However, the problem is not limited to junior researchers, as the case of Nadia (pseudonym) shows. She is a dedicated Assistant Professor well on her way to Associate Professorship when she considers quitting because she found no support from her director of education when her mental health suffered a couple of years ago because of unevenly spread peak teaching loads.

The common ground here lies in the reason why fine researchers think about quitting their academic careers. That has nothing to do with their professional competence nor with anything related to the their work as such, but everything with academic culture and incidents in the interpersonal sphere in which they do their work. They wonder how they, as humans in an academics context, can be Good Researchers.

What does it mean to be a Good Researcher?

When I read the new Code for Research Integrity and when I attended the KNAW / VSNU / FNU event where the Code was officially presented, I was pleased to find that the underlying model on which the code is based is actually philosophical. That is, it draws on virtue ethics. Virtue ethics is an approach to ethics originating from ancient Greek philosophy that is currently experiencing a big revival.   Virtue ethics places norms and values intrinsically within a person’s moral character, rather than imposing them from a rational insight like the philosopher Kant’s categorical imperative, or Mill’s utilitarian calculation. A virtue, or arêtê in the ancient Greek sense, is a positive character trait that makes its possessor a good human being. What might we say that such a take on the Code for Research Integrity entails?

Roughly speaking, the Code based on virtue ethics says that a virtuous researcher does not just have a tendency to do honest, scrupulous, transparent, independent and responsible science. Nor that these are especially valuable traits of a virtuous researcher. Taken as virtues, the principles that are laid down in the Code for Research Integrity indicate deeply ingrained dispositions to do, think, act in certain ways. That disposition does not cease to exist outside research in the strictest sense.

It is an old-fashioned idée fixe that we can leave our personal experiences behind when we are practicing so-called objective science with the highest level of integrity. For example, the LNVH (National Network of Women Professors) has launched an investigation into scientific harassment. If harassment issues between researchers occur, personal repercussions will have more impact than the soundness, honesty and transparency of the research itself.

Another example is a recent event at Erasmus University: #MeTooAcademia, The Learning Curve. Theater company Het Acteursgenootschap demonstrated to a crowd of over 100 people from all levels and directions of the university the impact of hierarchical working relationships and negative personal experiences. In increasingly darker shades of grey, the actors demonstrated what happens between a PhD candidate and her supervisor. How the supervisor’s sexual harassment not only makes it impossible for the PhD candidate to do her PhD research with integrity, but also how this impacts her desire for academic research in general. Not to mention her mental wellbeing.

Considerations of reputation and academic status influence the attitude of bystanders and superiors. Moreover, it is worth pointing out that victims of harassment, whether scientific or sexual, are not exclusively female. Disbalance of power makes academics of all genders vulnerable.

When you claim to possess the virtues of (research) integrity, this says something about the way in which you approach life in general. It also says something about the people you interact with, and not just “research” in isolation of everything else. Sure, the Code states that supervisors, principal investigators and research institutions in general need to foster and ensure a safe, inclusive and open culture and environment (cf. esp. Standards 56, 48, 59, 60 in chapter 3 and §4.1). Many academic institutions harbor several counselors to achieve this goal. But, as Dr. Paul Herfs has recently illustrated (Tijdschrift voor Klachtrecht 2018.3), work related issues at the university are highly intertwined and not restricted to just, say, research integrity.

Herfs stresses that it is unclear where a victim or witness should go with a complaint: an ombudsman, a confidential counselor for inappropriate behavior, or an academic integrity counselor. While this problem might solve itself in practice, in a Code for Research Integrity this is a glaring blind spot. Especially when the Code remains exclusively focused on the research, rather than the people who conduct it.

The new Code for Research Integrity does not have the power it could potentially have had. First, because of its narrow focus on research as an objective practice. Second, because it is seen as separate from the people it involves. This was also visible during the event where the code was presented.

The audience was asked what they expected the biggest obstacles in implementing the code would be. The first open door was, of course, time and money (referring to #WOinActie). The second concern that came up was that the code would remain a piece of paper, rather than something we need to constantly talk about. In that sense, the #MeTooAcademia play at Erasmus University has a bigger impact on the improvement of academic culture than the symposium on the new Code for Research Integrity.

The play presents what the thorny issues are and creates a space for people to talk about them. It invites you to take the topics away from the vacuum of an isolated incident, into everyday conversations at work — at the proverbial coffee machine.

I do not argue that the new Code for Research Integrity is best put directly into the trash can. To the contrary: because of its philosophical foundations the Code is a valuable starting point. However, it is by far insufficient to improve academic culture and to safeguard trust in science now and in the future. To achieve that, we can learn a lot from the #MeTooAcademia play.

Scientific harassment and questionable behavior are only two of the current issues in academia. Mental health and stress are also major problems. Disbalance of power in the interpersonal sphere is often a key underlying factor. This was also apparent in the examples of Alice, Brad and Nadia that I described at the beginning of this article. We need to talk about what is happening, so we all become aware of it and so it becomes normal to address what we notice — persons involved, as well as bystanders and people in power. More so, that needs to happen in an early stage, before the issue rises or at least before damage escalates. The moment you need to act as an organization to hold those who misuse power responsible, you already are too late. Only by engaging in open conversations on research practice including their interpersonal dimensions, it will become possible to develop the virtues that we require of a Good Researcher.

PhD success and mental wellbeing in an international context (part 2)