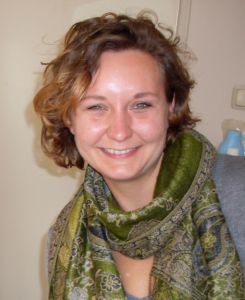 Judith Zijlstra (MA) is doing a part-time PhD project in sociology and migration studies. She investigates international mobility in academic careers of Iranians and the ways they
translate professional experience from one context to the other.

In this interview dr. Claartje van Sijl (independent career coach for academics) discusses with her what makes an international PhD project successful and how a cross-cultural academic career affects the mental wellbeing of the research professional. The interview was conducted through several emails back and forth in June 2018. This is part 1.

Claartje: You study mobility in academic careers, and translating professional experience from one context to the other, especially with respect to international migration. When do you conclude that someone has managed successfully to build up an (academic) career by crossing national boundaries? In other words, what are criteria or characteristics of a successful, cross-national, cross-cultural (academic) career?

Judith: What I would define as a successful career depends very much on the desired trajectory of the person in question. The general picture I see among Iranian STEM-PhDs who wish to continue their career in academia, is that they would like to:

Claartje: This is interestingly like what I see among Dutch PhD candidates who wish to continue their career in academia. Except, of course, the additional stress of having your residency permit tied to your job contract, not only during the PhD but especially in the postdoc phase. How about Iranian PhDs who do not necessarily want to pursue an academic career?

Judith: For those Iranian PhDs who do not (necessarily) prefer to continue with an academic career, a PhD program is much more instrumental to achieve their larger career and life goals. For them, a successful PhD means:

Claartje: When and why do they consider dropping out of their PhD programs? From my coaching practice I know quite a few cases of international PhD’s who were more horrified by the thought of having to return to their home countries than they were of staying put in a unsuccessful PhD project. Reasons could be the dire social-economic situation in their home countries as well as socio-cultural issues such as having to face their family and friends as a “failed PhD candidate”.

Judith: I did not come across many instances of Iranians who dropped out of their PhD. Failing their PhD is often not an option for Iranian PhDs. Those who wish to continue their career in academia will do whatever necessary to gain the (research) skills they need. If they encounter problems with their supervisor or in terms of funding, they go to another university and/or country to start another PhD.

Those who do not wish to continue their career in academia would also continue, even if they don’t enjoy their PhD or get bored. They don’t want to return to Iran. Moreover, this was the channel they chose to migrate to Europe/the US, and this is the channel that everyone uses.

It would theoretically not be impossible to find a job in the Netherlands after a failed PhD, but they have to make their career move quickly.

Claartje: Yes, in general PhD candidates with a non-Dutch, non-European background tend to consider quitting their PhD less often (see interview with dr. Els de Rooij, who also observes this in her research). It is reassuring to hear that it is not impossible to find a job in the Netherlands after a failed PhD, and valuable advice to act quick when you are making that career move.

In my experience, beginning PhD candidates feel stressed when they lack a clear framework and clear expectations from a closely involved (co)supervisor — i.e. too much freedom—, while towards the end of the PhD project candidates are expected to have become more or less independent, autonomous researchers and too close and detailed directions of a supervisor are a cause of stress and dissatisfaction. Across different cultural backgrounds, these expectations about freedom and autonomy are particularly difficult to clarify, communicate and manage. How do you see freedom and autonomy in relation to PhD success in international, multicultural environments?

Judith: I find it difficult to answer this question in relation to the Netherlands, as I did not specifically ask questions about this in my research. I can say in general however that PhDs in the Netherlands experience more freedom and autonomy than in Iran and other countries. They have to get used to it in the beginning, but usually throughout time they adapt and also start to enjoy (some aspects of) it. They discover that for instance a direct style of communicating is actually closer to their personality than the way Iranians communicate in Iran. But in the first period of their stay in the Netherlands, everything is new and they have to get used to different aspects all at the same time.

Claartje: I can well imagine that this is practically impossible to study. Much about the way candidates experience their PhD depends on the supervisor: there are extremely micromanaging supervisors in the Netherlands as well, just as there are completely hands-off supervisors. Plus, academia is an increasingly international place, so an Iranian PhD candidate in the Netherlands might well have, say, a Brazilian supervisor.

Judith: Yes, both things you mention are true. On the one hand, academics in the Netherlands experience a high work load and strong pressure to succeed. On the other hand, the Dutch system is less stressful than in other countries, especially when I compare it with my respondents in the US. Much of this has to do with the social system in the Netherlands. My respondent Arash, but also many others in my research, explained it like this:

Countries like the Netherlands, Sweden and Norway have a specific social system. […] On one side it is really good, everyone has access to welfare, no one has to stay on the street and be hungry. But on the other side, if you want to work and reach a very high goal, that is not possible. Because you have to compromise a little bit with the rest of society. But you don’t have this in America. […] If you don’t move up, then you don’t have anything. […] But in the Dutch society you see that you are okay, you can drink your coffee, go on holiday, and in the weekends you can enjoy yourself, you really live. Perhaps your house is smaller than in the US, perhaps your food is very simple, but the level of your life is high. […]  But if you want to have a house with 10 bedrooms, and many cars, then no, you should go to the US.

Claartje:In order to improve PhD success and help these international scientists build an academic or non-academic career in, say, the Netherlands, what practices would you recommend to research institutes, graduate schools, supervisors and other support staff on the basis of your findings?

Judith: I would recommend that institutes and supervisors:

This includes the possibility of making a basic level of Dutch compulsory for international students and employees. This is not only beneficial for academics’ daily contacts in Dutch society, but also enhances their chances on the Dutch labor market, especially if they switch to industry.

It is important to raise awareness that only a few PhDs can continue with a career in academia and that most of them need a ‘back up’ plan for switching to industry. In this sense it is crucial that international academics learn to present themselves more effectively in the Dutch labor market — focusing on transferable skills, the added value of a PhD degree in industry, as well as networking and the job application processes. HR departments and graduate schools of universities should play a leading role in this, but supervisors also have a responsibility to give honest guidance and use their networks in industry to help their students.

What is PhD success and does it imply a deliberate risk for your mental and...